Church Mission School (CMS) was established in 1845 as the First Free School in Karachi, or the Province of Sindh. It was placed under a Trust Deed in 1846, and at the request of the Trustees, handed over to the Church Missionary Society of London in 1852.

CMS has a great record of service to the community and has produced outstanding students over the years, the most noted being Muhammad Ali Jinnah, the Founder of Pakistan, who has inspired its students to follow his example of leadership and high ideals.

The school, run by the Christ Church, was considered one of the best schools in Karachi. Although early records are not available, the records after the creation of Pakistan show a pattern of high achievement, both in academics and in extracurricular activities. For example, its students achieved some of the highest honors in the matriculation examinations, including three of the top positions in Karachi in 1960. CMS students also went on to higher studies, and excelled in their college studies, both inside and outside Pakistan.

The CMS matric class of 1960 set a unique record of achievement by securing top positions in the Karachi Board examination, as follows:

Meraj went on to achieve first positions in Intermediate Board examination, from D.J. Science College, as well as in Final Engineering at N.E.D. College, for which he was awarded the Habib Ismail Gold Medal. He also obtained master’s degree in engineering from University of California at Berkeley, USA, and an MBA from the Golden Gate University in San Francisco, California.

Sarfaraz Ahmad Mirza went on to obtain third positions in the Intermediate Science Examination from DJ college, and the First Year Engineering at the NED College.

Anwar Lakhaney studied civil engineering at N.E.D. and also obtained a master’s degree in Engineering at University of California, Berkeley.

Dr. Fayaz Faiz studied medicine at Dow Medical College and went on to become a renowned Neurologist in Houston.

Siraj Karatela had an MS from University of Karachi and went on to obtain a master’s degree in microbiology from Georgia Tech., USA

During 1970’s, Aslam Merchant obtained third position in the Intermediate Science Examination in 1978. He went on to pursue his studies in USA and obtained BSEE at University of Houston (University Honors and Honors in Electrical Engineering) in 1982, as well as an MBA from the same University in 1986. Aslam added a 3-year Diploma in Arabic (language Institute, Doha, Qatar) 1998. He also has a Post Graduate Diploma in Islamic Banking and Finance (IIBI London) in 2012.

I am sure there are many other examples of academic achievements by CMS alumni, and we will love to include them here. If you are aware of other examples, kindly email to us. 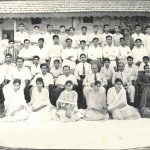 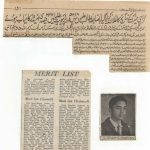 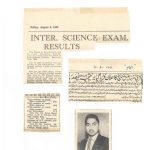 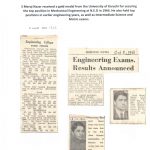 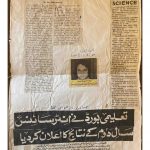 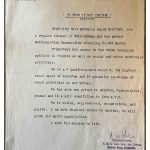 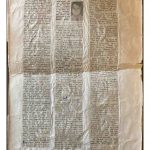